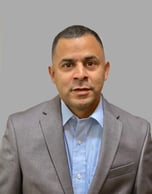 orking as a medic in the military. For Drew, the military taught him how to be a leader and where important values were instilled in him. But as a single father to four daughters, he knew he was missing out on precious time with his children and began looking at transitioning back to civilian life.

He started working as a medic in the ER and learned that he thrives in a fast-paced environment with endless opportunities to make a difference for his patients. But that career choice still wasn’t giving him the time he wanted with his daughters. When he moved into his position with HHS, Drew finally found the balance he was looking for between his career and his family while still having the opportunity to make a difference in patients' lives.

The Impact of Linen Utilization

When asked about his current role, Drew said, “Who doesn’t love linen? I love warm blankets.” It cannot be understated how little things, like a warm blanket, serve patients and make them feel cared for.

One of the mottos that Drew lives by and commonly shares with his oldest daughter, who is in nursing school, is “treat everyone like they are your family.”  This deep sense of empathy helps Drew connect with patients and team members and find solutions for their needs. Recently that looked like sharing ideas with a linen utilization team member, who is a former marine and maintenance mechanic, about how to grow their career at HHS. Drew was also inspired in the past by the relationships he formed with homeless veteran patients to donate linen to help keep them warm at night.

Drew’s passion for linen utilization is also rooted in his love for finding ways to reduce waste and save money for HHS partners. It’s evident from the way he talks about it that he has a lot of fun finding creative solutions to achieve this. 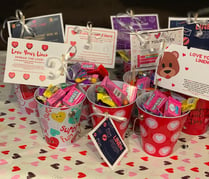 For example, he and his team gave out “Love your Linen” goodie baskets with linen education materials on Valentine’s Day.  Having worked on both sides of linen, as a medic and now as a manager, he recognizes he went from wasting linen like it was free to saving linen and using it wisely.

Speaking with Drew, it becomes quickly apparent that he sees his children as 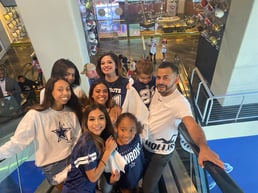 his greatest legacy. He has two teenage and two adult daughters, in addition to a two-year-old son he shares with his fiancée. He is a family man to his core, and his daughters call him daily and lean on his advice. He encourages them never to stop learning and never settle, which he also commits to in his own life.

Jaime Ptacek is the director of patient transport at a hospital in Englewood,... Read More
5 min Mar 16, 2020

Bill Rose has worked with HHS for more than 10 years and serves as the president of... Read More