Celebrating Past Achievements and Working Towards an Equal Future

March is both National Women’s History Month and Gender Equality Month. Women have a significant place in both the history of our nation and its future. The progress of our society as a whole depends on the continued fight for women’s equality. At HHS, we celebrate our diverse group of women leaders and team members and commit to being part of the work to end inequality.

We reached out to team members at HHS to learn what women’s history and the movement for gender equality means to them. Read what HHS team members had to say:

What does being a woman mean to you? 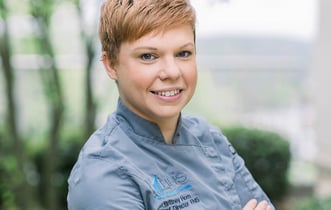 “Being a woman means being strong but compassionate. It means that I can love my family unconditionally while still having ambition. It means it’s okay to follow my dreams and show my daughters that the traditional status quo is not for everyone. It means new challenges every day in both my personal and professional life. But I think most of all it means resilience. To overcome obstacles that may be in my path because I'm a woman, and overcoming them with a smile and the knowledge that I can do anything I set my mind to.” Brittney Horn, Culinary Director 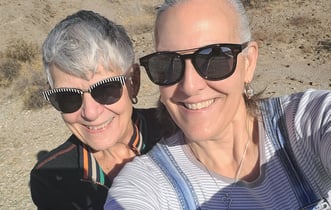 “We are in such a pivotal time in history. A time where we have a voice and are being recognized, whether that be in business, regarding values and beliefs, or opinions about art; it doesn't matter, we are being heard. We can be powerful and assertive yet compassionate and kind at the same time. Being a woman is not about the ability to give birth or wear a dress. It's about a connection we all share that goes beyond age, race, and our political views. Being a woman is MAGIC! We are MAGIC!” Trula Hepner, Culinary Director 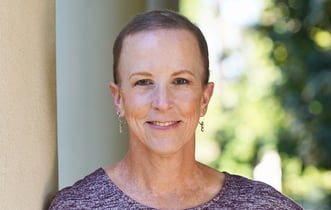 “Being strong and kind, being fierce and flexible, being brave and vulnerable, being grit and grace.” Stacey Allen, Culinary Vice President

What does gender equality mean to you? 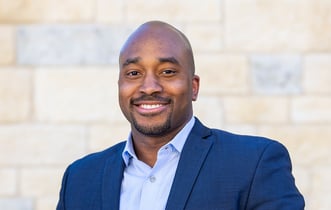 “To me, gender equality means ensuring every gender has the same level of respect and opportunities in life. Employment opportunities, political rights, and even in marital situations are just a few domains where this requires much open-mindedness, process improvement, and acknowledgment that things can get better.” Terrance Newson, EVS Vice President

“To me, gender equality means equal opportunities and mutual respect for both males and females, no matter their choice of job or activity. In addition, equality should be administered with relaxed flexibility, maturity, and grace.” Anonymous

“It means that every female has the opportunity to achieve her goals.” Tonya Spada-Dixon, Culinary Market Director

Who are your greatest women role models?

“My family is composed of several strong females who have greatly influenced my life. Kendra Johnson, EVP of EVS, has been a mentor of mine since I started with HHS, and I am beyond thankful for her wisdom and guidance. Kayla Soria, EVS Director, has also been by my side from the very beginning.” Meredith Nations, EVS Director

“My mom, always my mom. She was the head of a company for over 30 years and a single mom of four kids, a true fighter and inspiration. She now has dementia and still handles everything with the best of her ability and with laughter, always with a ton of laughter and grace. I love her beyond what words can express.” Trula Hepner, Culinary Director

“My grandmother was a working mother in the 1950s. She embodied the type of woman I strive to be. She was proud of the work that she did, she was able to contribute financially to her family, and she always put family first.” Susan Waller, Administrative Assistant

“I have admired many women in my life: Julia Child for her accomplishments in ensuring that I have the opportunity to be a successful female chef. Audrey Hepburn, who showed the world she was not just an actress with a pretty face but an incredible humanitarian who spent many years helping others overcome hardships in [developing] countries. Eleanor Roosevelt, who for many years championed women's rights and social change. All of these women worked so hard to bring about change, fight the status quo, and usher in the world that allows me to thrive in a male-dominated industry.” Brittney Horn, Culinary Director

“My Mentor and friend Karla Dougherty has been my greatest role model. Karla and I met early on in my career in the hospitality industry and she took me under her wing from day one. I can’t thank her enough for teaching me how to be a humble leader.” - Tiffany Ford, Staffing Director

Why do you think it is important that we recognize Women’s History Month and Gender Equality Month? 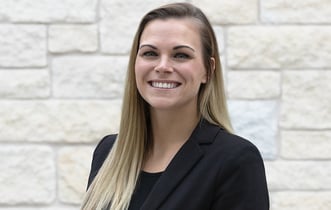 “It is important to celebrate and bring awareness to how far we have come, so we can highlight how much further we have to go.” Hannah Styer, Director of Employee Relations and Benefits

“Throughout history, we've begun to recognize others as equals rather than try to uphold a particular type of person as superior. We would have lost out on a lot of women who were still suppressed. Only 102 years ago were women [given the right] to vote and only last year the first woman was elected as Vice President. From upholding industrialization during WWII, piloting overseas, traveling to space, and more - women's contributions to history have proven that gender roles are a construct we built and can break down. Women's History Month and Gender Equality Month are significant to the recognition of great minds and efforts that were once told to never speak out.” Mycah Rex, EVS Director 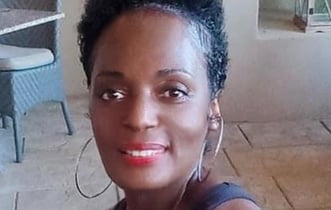 “Women have struggled and had to fight for generations just to be respected in this world, and we should be proud of what we have accomplished and what our female ancestors have accomplished for us.” Tameka Harmon, Administrative Assistant

“I think it's important to acknowledge that women have historically not had the same rights as men. Recognition of Women's History/Gender Equality is not intended to shame or disparage men, but to ensure that humans remain educated about past inequalities and are intentional about not slipping back into past imbalances of power and opportunity.” Anonymous 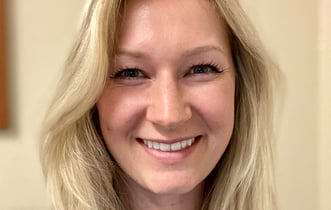 “​​It shows how far women have come in regards to equality and rights, but unfortunately, we still have a long way to go. I think it's a great reminder that growth and improvement are a continuous process and everyone needs to be involved for us to be successful. I often felt I couldn't grow within my career because I am a woman, but what I've found is many women successfully have families and strong careers. I want to see women leaders that are single with no kids AND women leaders with families at home. Celebrating women and gender equality has allowed me to remove those limits that I put on myself and reminded me I can be a strong leader regardless of my gender.” - Ali Curtis, Culinary Director 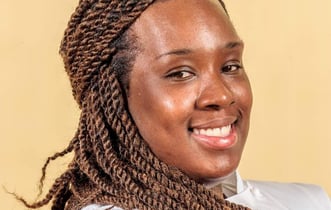 “To highlight all of the unquestionable contributions that women have given to all aspects of society, selflessly. We have been the movers and shakers, the changemakers, the groundbreakers. And during the times when women were meant to be seen but not heard, the credit that was due might not have been given. Even today there still are groups of women who are paid less for equal or sometimes more work. It is our job to make sure that we never forget and to remind all women that what they do matters.” Tracy-Ann Mitchell-St. Paul, Culinary Director

How do we empower the next generation of women?

“Encourage young women to be authentically themselves. I feel that in today’s culture we are hounded with social media and ideals of what we have to be instead of who we truly are.” Kathryn Foster, Patient Services Manager

“In order to raise strong women, we must continue to be strong. So cliché and so true, we must lead by example with our hands stretched out to help others rise.” Trula Hepner, Culinary Director 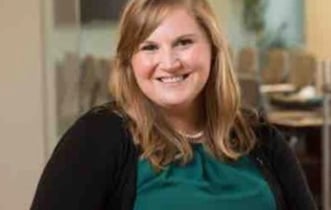 “Time, the most precious and valuable commodity. Investing, mentoring, and giving time to the next generation. One of my mentors told me once, we do a disservice to our profession (of dietitians) if we do not invest our time and talent into the next generation. I thought that was so powerful!” Jeneta Culton, Culinary System Director

“Create workplaces and environments that are inclusive and that values inexperience enough to take chances. Too often we see young people, more often women, be told that their dreams are too big and impossible to start smaller and work their way up. The only way we rebuild stronger than we were pre-pandemic is together and that means valuing each person the same no matter the gender and age.” Tracy-Ann Mitchell-St. Paul, Culinary Director

In August 2017, Lauren Ogen was working at a restaurant in Marquette, Michigan when she... Read More
1 min Team Member Stories Dec 11, 2020

Valentina Quintania loves her team and her family. She has four kids, and ever since she... Read More
1 min Apr 16, 2021

Giovanni Loria began his journey with HHS as an Assistant Director with a partner... Read More