National Coming Out Day on October 11th celebrates those who come out as LGBTQIA+. Whether you’re lesbian, gay, bisexual, transgender, queer, intersex, or asexual, be proud of who you are! HHS supports the rights of all people to live as their true, authentic selves.

We asked a few HHS team members about their coming out stories. Here’s what they had to say.

What’s your coming out story?

“My 9th-grade year playing basketball is when I realized I was attracted to men. Once that happened, I broke up with my girlfriend by letting her know I was gay and was on my way to Atlanta to celebrate gay pride—I knew she would have found out. After that, I told my sister who was already out and living her life as a lesbian. Once I told my other family members they already knew, they were just waiting on me to say something!” - Michael Robertson, EVS Administrative Assistant 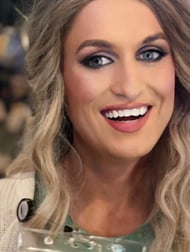 “I came out twice: Once as a gay man, and later as a trans woman. Staying invisible [before I came out as trans] consumed me for years. I was so scared that I kept the real me from everyone, literally everyone. When I decided I could no longer live two lives, the fear of visibility did not go away, it just was overpowered by the feeling that I was not living at all in either life. The scariest moment for me was getting on the phone to tell Hannah Styer [Vice President of Team Member Resources] and James Maddi, my EVP. I knew I couldn’t turn back once I had, and I knew I’d never live if I stayed invisible. Even losing my career, which I love, was better than not living. But I didn’t lose my career, they were both so amazing. The support from HHS has been incredible.” - Alyson Crawford, Vice President, Culinary 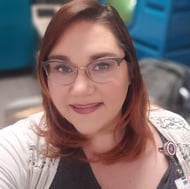 “My story is almost bland. My family has always been very accepting of really everything. When I let everybody know I was interested in both men and women there was no shock, it was just full acceptance and no one ever judged me, which I think was really comforting to me especially as I was only 14 at the time. I’ve heard so many stories about people who are so terrified that they hide for years. I guess I’m really blessed to have a family that really embraced that I wasn’t exactly like they were.” - Amber Robison, Laundry Facility Director

What do you love most about being out?

“Freedom and confidence. My life has been so great since I took the steps to live my life for myself and not anyone else.” - Michael

“I love the freedom to walk into any room I want to. Having to hide part of who you are, inside or outside is hard… You always have to think of where you are going and who you will see. I will add, I love being able to turn my camera on in [virtual] meetings. Navigating that was seriously a struggle since I would be in the safe zone of my home, but then not able to smile back at my teams.” - Alyson

What advice would you give to someone who is considering coming out?

“First I would tell them I know it’s not easy and that they are scared but that they would always have a community behind them. I would offer to help them through their difficult times and to be a shoulder should they need it.” - Amber

“Breathe. You don't have to do anything on anyone's timeline but your own. Be yourself and be proud, but you should also be humble knowing that you will not be accepted by all and that's ok. It's ok because you don't need people who do not see you as you are when there are so many who will.” - Alyson

How did others support you when you came out?

“I have cherished all the personal emails, texts, and calls I have received that encouraged me. Professionally, or personally—passing that experience on will always be my mission. Sometimes it just takes one phone conversation to change a life.” - Alyson

“Being a gay African American raised in a Christian environment was very hard at first until my mom let me know she loves me no matter what. Just live life and enjoy your life.” - Michael

How has your experience as a member of the LGBTQIA+ community impacted who you are today?

“It’s opened my eyes towards the lack of acceptance that we still face today but also the number of people who are embracing who they are and are no longer scared to hide themselves from the world.” - Amber

“I was just telling Dirk Noteboom (HHS Culinary President) this the other day in an email. I've grown so much just from this experience as I came out as trans with HHS. It has made me want to be better in all ways and be a better human to anyone who might not have the same support at home or at work.” - Alyson

If you’re thinking of coming out and need help, there are resources available to you:
Human Rights Campaign - Coming Out
LGBTQIA+ Crisis & Support Resources

Laura joined HHS in August 2017 as an EVS supervisor for the medical outbuilding (MOB)... Read More