On May 5, 2021, an elderly patient returned to his car following a CT scan earlier that afternoon. As he went to lift his folded walker into the trunk, he suddenly lost his balance and began to fall forward toward the car and pavement. 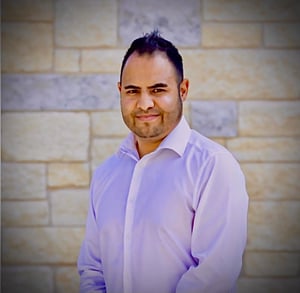 Just before the patient fell to the ground, a team member from the facility rushed over and caught him in the nick of time. It was HHS Executive Chef, Eddy Gutierrez. Eddy helped the patient into his car and made sure he was settled before his departure.

“He saved me from a serious fall which could have resulted in serious injury, without a doubt.”

Eddy embodies HHS’ mission, vision, and values in all that he does, and this heroic act represents his willingness to go above and beyond to serve every person he comes in contact with.

Leading with a “do the right thing” mentality is fundamental at HHS. Garrett Evans, a... Read More
3 min Team Member Stories Mar 14, 2022

A Passion for Cooking Leads Rebecca to a New Career